Our List of the Top Ten Evilest People of All-Time

Have you ever wondered who the evilest people to ever walk this earth are? Adolf Hitler always seems to be the go-to reference in such conversations. Of course, it is a difficult thing to quantify. Do we do it statistically—that is, according to who killed the most people or according to their evil influence on history? Our list relies on both. Those making our Top Ten might surprise you. So, starting in reverse order, we give you a list of people who will make you feel better about yourself:

10. The Sanhedrin of Jesus’ Day

Somebody from the Bible should make this list, and we decided it should be the majority of those who were members of the Sanhedrin in Jesus’ day. Why? Many who reject Jesus as the Son of God do so because they didn’t see his miracles or hear his teaching. By contrast, the Sanhedrin saw and heard both. Rather than believing in Jesus when they saw him perform miracles, their hatred for him grew. Amazingly, when they learned that Jesus had resurrected Lazarus, like a mafia they plotted to kill Lazarus so that there would be no evidence of such a miracle. This is a startling level of hard-heartedness.

Grozny is typically translated into English as “terrible,” but it’s a terrible translation. Even so, the translation works for the man in question. “Ivan the Terrible” was certainly one of the worst human beings to ever live. The first of three Russians on our list—we could populate the list exclusively with Russians—Ivan appears to have enjoyed killing. In 1570, he surrounded the Russian city of Novogorod with his Oprichniki (Russia’s first political police force), and in a six-week-long orgy of violence, he all but wiped the city out. Ivan himself participated in the bloodshed, using axes and anything else that might be readily available to hunt and kill his subjects. We are confident that if Ivan had access to more efficient means of killing people—guillotines, guns, bombs, or gas chambers—he would statistically rank with the most murderous people of all-time. An interesting bit of trivia concerning Ivan: he proposed to Queen Elizabeth I of England. She politely declined. We think Elizabeth made a good call there.

Historian Andrew Hussey says that Islam resembles “a ruthlessly efficient war-machine rather than a religion.” This description fits. The religion’s founder, Muhammad, was a misogynist, liar, raider, and pillager of the worst sort: murdering, stealing, raping, enslaving—he did all of it. This aspect of Islam has never faded. Today, Islam is the world’s second largest religion—Christianity is first—and its converts are often made at the end of a sword. While many Muslims practice the religion peacefully, those who most closely follow Muhammad’s teachings also follow his life’s example. Where Jesus modeled peace and love, Muhammad did nothing of the sort. As a consequence, we may thank him for not only Islamic wars of conquest, Al-Qaeda, the Taliban, and ISIS, but also the terror of 9/11, the 7/7 subway bombing, the Madrid train bombings, Charlie Hebdo, the November 2015 Paris attacks, the Bastille Day attack in Nice, and countless other terrorist attacks. Come to think of it, Muhammad may deserve a less favorable ranking on our list.

Had Hitler never acquired the power of state, it is likely that he would have lived out his life in obscurity as a civil servant or as a sketch artist. Unfortunately for humanity, he seized power and initiated a global war that saw the deaths of no less than 50 million people. Hitler’s rant Mein Kampf remains a playbook for fascists and his anti-Semitism has been greatly admired and modeled in the Arab World. Proponents of Darwin’s theory of natural selection vehemently deny there is any link whatsoever between their hero’s ideas and that of Hitler. They will say that Hitler perverted Darwin’s ideas. That is beside the point. Hitler well understood the implications of a world in which there is no god, some races of men are more highly developed than others, and where only the fittest survive.

Statistics alone get Stalin a high ranking on our list. Stalin was evil. Brutal, petty, jealous, paranoid, and utterly without conscience, he killed—numbers vary wildly—no less than 25 million people through purges, collectivization, state-induced famines, and bureaucratic incompetence. Simply put, Stalin had no regard for human life whatsoever. Remarkably, there is in Russia a nostalgia for the iron-fisted days of Stalin.

Mao often avoids ignominy in the West, but he shouldn’t. When it came to killing people, he made all but Stalin look like an amateur. During his reign (1949-1976), he may have murdered as many as 70 million of his own people. Like Stalin, he murdered friends and enemies alike. He was not especially discriminating in this regard. Mao remains a revered figure in China today.

The founder of Planned Parenthood, an organization as evil as the Einsatzgruppen, Sanger championed abortion and eugenics. More than 61 million children have been aborted in the United States alone since Roe v. Wade in 1973. Of these, Planned Parenthood is responsible for no less than 8 million abortion deaths. Statistically, Sanger has earned her spot on this list. These days abortionists don’t just kill children, they celebrate it as a moral good. That this is heinous should (but doesn’t) go without saying. Sanger’s statue in the Smithsonian is another that should be torn down.

To our knowledge, Karl Marx never personally killed anyone. But he is the author of one of the greatest evils to be set loose on humanity. An admirer of Charles Darwin—he sent an inscribed copy of Das Kapital to the British scientist—Marx saw history and economics much the same way that Darwin saw biology: as driven by godless, impersonal forces. His theories gave rise to regimes that would kill more than 100 million people. Socialist regimes have typically taken a low view of man, seeing him as mere brick and mortar for the building of the perfect socialist state. As Stalin said, using an old expression, “You can’t make an omelet without cracking a few eggs.”

Surprised? Like Marx, we have no record of Darwin pillaging, murdering, raping, or stealing from anyone. He was a taciturn scientist and no doubt you could drink tea and eat a scone with him and leave the scene having suffered no bodily harm. But since the publication of his seminal work The Origin of Species by Means of Natural Selection in 1859, Darwin’s influence has been pervasive and pernicious. All the more so because it is championed by just about every institution of higher learning you care to name. The late William Provine, a professor of biological sciences at Cornell University, called the theory of evolution “the greatest engine of atheism ever invented.” And while Darwin did not invent the theory, he popularized it and gave it his own “natural selection” twist. This led to a general abandonment of the idea that man is an object of special creation and that he stands to be judged in the next life for his actions in this one. Darwin, in effect, made atheism a credible philosophical position and thus (unintentionally) gave intellectual justification to the twin secular ideologies of fascism and socialism, ideas that perpetrated so many of the twentieth century’s horrors. Indeed, secular regimes, buttressed by the implications of Darwin’s theories, killed more people in the twentieth century alone than did all previous religious wars in all previous centuries combined.

Evil is innate to us all. Theologically speaking, “None is righteous, no, not one.” (Romans 3:10) We are all capable of any of the atrocities listed above. But lest we get hung-up on the “big sins” and feel better about ourselves than we ought, Proverbs 6:16-19 offers us another list. It is the Lord’s list of (mostly) subtle sins:

16 There are six things that the Lord hates,
Seven that are an abomination to Him:
17 Haughty eyes, a lying tongue,
and hands that shed innocent blood,
18 a heart that devises wicked plans,
feet that make haste to run to evil,
19 a false witness who breathes out lies,
and one who sows discord among brothers.

Other than shedding innocent blood and feet that make haste to run to evil, this list of things that God “hates” deals with settled dispositions of the heart rather than actions. In other words, things one might do while still maintaining the veneer of righteousness and respectability. Of these, Matthew Henry wrote, “These things which God hates, we must hate in ourselves; it is nothing to hate them in others.” Let us examine our hearts, purge them of evil that lurks there in our hateful, damaging words and attitudes toward God and our fellow men, and hasten to the foot of the Cross. There we will find His grace and mercy. “What a wretched man I am! Who will rescue me from this body that is subject to death? Thanks be to God, who delivers me through Jesus Christ our Lord!” (Romans 7:24, 25)

Larry Alex Taunton is an author, cultural commentator, and freelance columnist contributing to USA TODAY, Fox News, First Things, The Atlantic, CNN, and The American Spectator.  In addition to being a frequent radio and television guest, he is also the author of The Grace Effect and The Gospel Coalition Arts and Culture Book of the Year, The Faith of Christopher Hitchens. You can subscribe to his blog at larryalextaunton.com.
Categories: The Full Fathom Five Blog 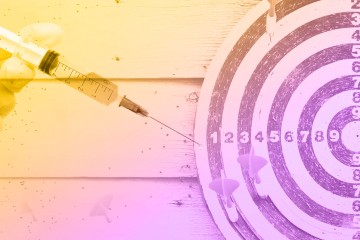 On Christian Conscience and Vaccination

You are Free to Get Vaccinated—or Not I have been vaccine-article-hesitant for almost a year. It’s a daunting issue. But recent developments, two in particular, have flushed me out: vaccine passports and those who make Read more… 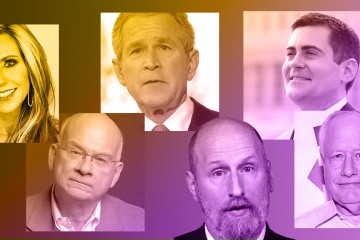 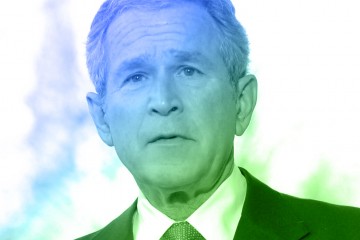 This one pains me. I voted for “Dubya.” Twice. Bush began cuddling up to Democrats—literally—not long after he left office. Why? Was this an attempt to save a tattered legacy in the wake of his Read more…