As I write, American servicemen and servicewomen are stationed in 150 countries around the world. It is their job to defend American interests and America herself. Historically, our armed forces have done this with great distinction and with little acknowledgment from those whom they defend.

At no time was this truer than it was for the men who served in the Korean War. Rightly called “The Forgotten War,” it has been overshadowed by all other American conflicts. This is in part because Americans have wrongly categorized it as a losing war or, at best, as an inconclusive one. From where I sit here in Seoul, I can assure you that South Koreans don’t see it that way.

To right this wrong if only modestly, I have been telling you the story of one of the United States Army units that served in Korea, the 8th Airborne Ranger Company. They fought a war comparable in its viciousness only with the Pacific Theater in WWII. Indeed, following his replacement of General Douglas MacArthur as the Commander of UN Forces in South Korea, General Matthew Ridgway began restricting Ranger penetrations behind enemy lines because of the harsh treatment of U.S. POWs. Once captured, American personnel could expect brutality, torture, or immediate execution. Even so, Rangers continued to operate as the end of the spear.

Having arrived in Korea in March 1951, the 8th Ranger Company, known as “The Devils”—please do not attribute any theological significance to this—was attached to the 24th Infantry Division and would serve as their advanced element. It would be their job to probe behind enemy lines, patrol, raid, and return with pertinent intel. For their first mission, Captain Herbert’s Rangers were given the ambitious task of attacking a hamlet called Topyong-Ni three miles deep into enemy territory and believed to be a Chinese feeding station. They were to destroy the hamlet, determine enemy strength around it, take prisoners, and return to friendly lines before dawn. To aid them, an artillery barrage would precede their attack.

As night fell, 8th Company set out into enemy territory against vastly superior numbers. During the Korean War, a Ranger company at full strength was about 105 men where the typical rifle company had twice as many.  And as one 8th Ranger Company veteran told me, “We were seldom at full strength because casualties were so high.”  Casualties among Korean War Ranger companies ran between 40-100 percent. Fighting against a much more numerous foe would be their lot throughout the war and one they accepted.

Approaching Topyong-Ni undetected, the operation suffered a setback. Some of the first rounds of U.S. artillery fire fell short of the hamlet and injured several Rangers and left more concussed. Recovering, they continued on and eliminated outposts and sentries before attacking Topyong-Ni itself. Communist Chinese Forces (CCF), alerted to an enemy in their midst, sent up search flares. But this only made the situation worse for the Chinese. Rangers called in artillery fire on those positions from which the flares had been fired. They then moved forward and systematically reduced the hamlet to a flaming heap as the CCF, disoriented, tried to organize for a counterattack.

Soldiers of the 24th Infantry Division, by now well aware of the Rangers who had been assigned to them to do just this sort of dirty work, began to gather anxiously to discover if anyone had news of their safe return. According to historians Thomas Taylor and Robert Martin’s history of 8th Company:

“Through the night the 24th ID troops on the COPL [Combat Outpost Line] had witnessed what sounded like a pretty nasty fight around Topyong-Ni. The battalion S-2 [i.e., intelligence officers] moved up to the passage point to learn how the Rangers had fared. Finally, two hours before dawn, figures were challenged in front of the COPL. ‘Rangers!’ came back as the password. As they entered friendly lines, they were immediately asked how many of their original number were coming back through. ‘Everyone,’ was the reply. A 24th ID veteran muttered, ‘Well, I’ll be damned.’

The 24th Infantry Division men welcomed them back with equal degrees of awe and amazement. Taylor and Martin go on to say that after Topyong-Ni, “combat for 8th Company became a blurred swirl of one action after another. The Rangers had shown what they could do; now 24th ID provided endless opportunities for them to do it.”

Shortly thereafter, they were sent out to recon Hill 299 where it was believed the enemy would be found. “We went out looking for trouble,” said Robert Black, a veteran of 8th Company. Moving along the hillside stealthily in daylight, they began to hear the rapid approach of gunfire. Taking their weapons off safety, they squatted to fire position and waited. Suddenly, they saw what the commotion was about: below them an American squad came bursting forth through a tree line, sprinting back toward friendly lines with all possible haste.

“To [the Rangers’] surprise—and then delight—they were ringside to a pursuit of an American patrol by a growing group of Chinese who were so intent on their prey that they had no suspicion that the Rangers were on flanking high ground less than 200 yards away.  Neither did the patrol seem to know that the CCF were [still] after them and gaining. The Chinese were moving swiftly and silently, something the Rangers had a chance to admire.”

Watching all of this from a concealed position, Lieutenant Bert Strong, a veteran of World War II and the only other officer in 8th Company besides Captain Herbert, decided it was time to save their fellow countrymen. “Bert Strong is not the kind of guy to conduct a staff study before he makes a decision,” joked Herbert years later. Strong ordered an ambush. What followed has gone down in Ranger lore as “The Hill 299 Turkey Shoot.” The Rangers’ initial sweep of fire “cut down the first group of Chinese like hay.”  More Chinese appeared, wave after wave coming out of the tree line and into the Rangers’ line of fire.

The roar of combat caught the attention of the 19th Infantry battalion. Strong’s radio operator told him that battalion HQ was calling and wanted to talk to him to find out what was going on. Strong’s reply, shouted back over the scream of battle, is the stuff of a John Wayne movie:

The Chinese soon located the Rangers and returned fire. Peter Torres was struck in the face. Of this moment Black says:

“Prior to this engagement our casualties had been at night. In darkness it had been difficult for another soldier to gauge the extent of a wound. Now the sight of Pete Torres’s torn and bloody face burned itself into the memory of his friends.”

A medic immediately set to work on Torres, removing the bullet with a bayonet and then assisting him back to friendly lines. “We didn’t leave men behind,” another 8th Company man said with great pride. With the exception of Torres and the medic, everyone else was moving in the opposite direction in hot pursuit of the CCF who had now given up pursuit of the patrol and were in full flight back into the tree line. Rangers followed hard on their heels determined to press their advantage. Soon the Chinese realized from the volume of fire that they were not facing a battalion as they feared, but only a company. Complicating things for the Rangers, another CCF company appeared and came to the aid of the others. Together they reorganized, reversed course, and started pursing the Rangers. Covering each other as they withdrew, 8th Company aimed for the 19th Infantry’s lines, which also began to provide covering fire.

One historian writes of this engagement:

“The ‘Hill 299 Turkey Shoot’ is an early example of a characteristic that has been both praised and criticized about Rangers—they go for the kill at every opportunity, and if not pulled off like a fighting dog, they won’t leave until they can put a foot on the bodies of every foe they have been fighting.”

After the battle, a 19th Infantry recon discovered more than 75 enemy dead. “Wherever those boys went,” said one regular army observer of 8th Company’s work, “America’s enemies suffered.” But 8th Company suffered, too.  They returned from Hill 299 carrying two dead and three wounded. Said another of 8th Company: “It might be relatively quiet in your sector. You might even get a few hours’ sleep. But once those damned Rangers showed up, you could be guaranteed a shit storm was soon to follow. If there was any trouble to be had, they were going to find it.”

Indeed. After a brief respite, they were once again sent into enemy lines where they ambushed two CCF patrols, killing twelve. But all of this was just prologue to the extraordinarily violent, tragic, and heroic battle that would define them. A battle that has been ranked as one of the most heroic acts of bravery involving disobedience of a direct order. 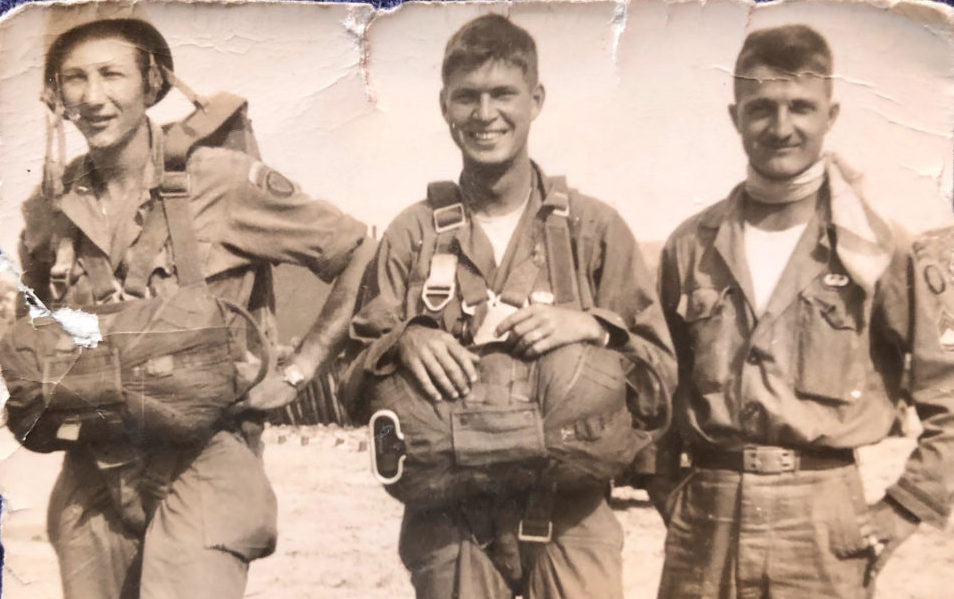 Larry Alex Taunton is an author, cultural commentator, and freelance columnist contributing to USA TODAY, Fox News, First Things, The Atlantic, CNN, and The American Spectator.  In addition to being a frequent radio and television guest, he is also the author of The Grace  Effect and The Gospel Coalition Arts and Culture Book of the Year, The Faith of Christopher Hitchens. You can subscribe to his blog at larryalextaunton.com.
Categories: Around The World in 80 DaysATW80+The Full Fathom Five Blog