In an earlier installment, I gave a brief introduction to Duck River Ranch. Not only is it our home, it is a place of natural beauty, peace, and possibilities. Now it is time to introduce you to the cast of characters who populate our 43 acres.

I recognize that we have a lot of international readers, and that audience is growing rapidly. Some of what follows may sound like the Old West to you, so I will do my best to explain. To those of you who live in rural areas of America or, indeed, the world, this will sound all too familiar.

If you own a farm or a ranch, you need a dog. 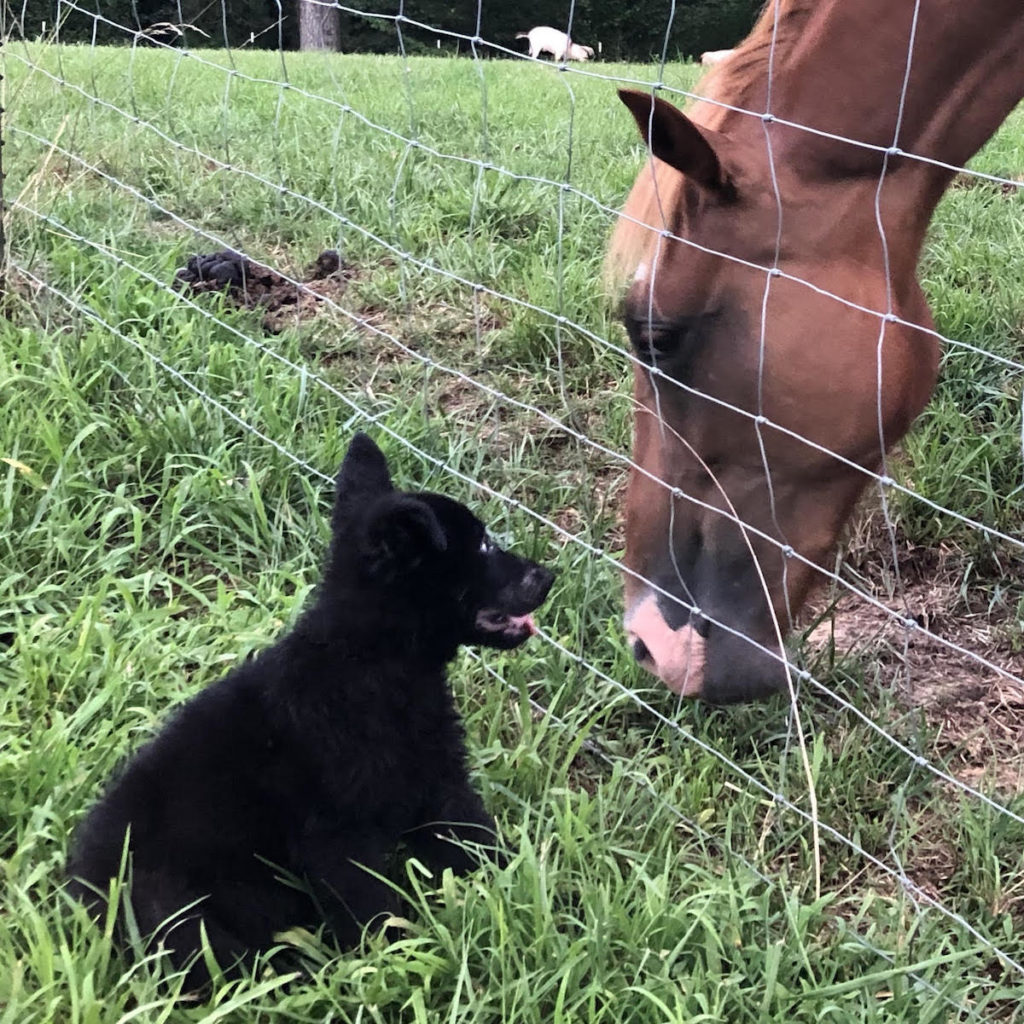 But it can’t be just any kind of dog. It needs to be a working breed – hearty, strong-willed, lacking in timidity, and, when necessary, ferocious. To our readers living in such tame surroundings as a London or a Tokyo or a Los Angeles – we have subscribers to this blog in all of those cities – this might seem distasteful to you. But the rural South, like many rural places all over the world, can be a bit wild. In Alabama we have cougars, bears, bobcats, and wild boar, but the primary animal threat is that of coyotes, and while they pose no serious threat to humans, they kill livestock with great regularity. Farmers and ranchers try to keep them out with fencing, but to little effect.

To keep these predators at bay, we have two huge Pyreneans (both over 110-pounds) to wander the property. Exclusively outdoor dogs, we affectionately call them Thing One and Thing Two, or, abbreviated, “One” and “Two.” But that is not because they are cuddly pets. On the contrary, they keep to themselves and like to kill animals that set foot within the fence line, chiefly armadillos, cats, rodents, and the occasional coyote. That is their job.

But if this is a jungle, the Lion King is my German shepherd, Ranger. I have had German shepherds most of my life. I adore the breed. They are, generally speaking, intelligent, friendly, loyal, tough, highly trainable, and great with children. Some of you will recall my German shepherd, Blitz, who died in the autumn of 2017. He gained some measure of fame with his appearance in my first book The Grace Effect. I like to believe that the dog universe is ruled by Hindu customs. This idea comforts me as I think of Ranger as Blitz reincarnated! Minus Blitz’s brown socks, Ranger looks almost identical to his predecessor. Now 13 months old, we got him from a kennel in Mississippi that breeds and trains police dogs. He has been raised at Duck River Ranch. Like Simba, he is certain that horses, goats, dogs, and any other animal life is beneath him – especially goats. 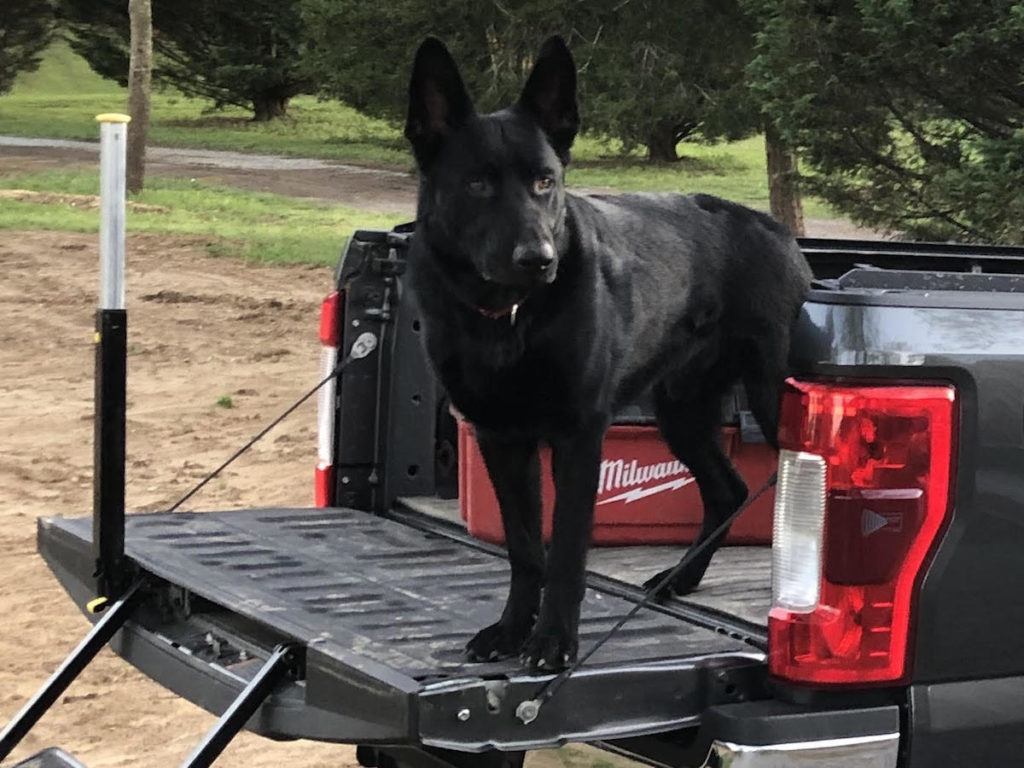 Ranger has been trained to be a ranch dog. To train them properly, you must expose them to everything they are likely to encounter to give them the confidence to navigate it. Tractors, ATVs, livestock, the crack of hunting rifles and shotguns are all familiar to him. Ranger is growing into his role. He oversees everything at DRR, be it the contractors, horses, deliveries, work in the fields, or patrolling the fence line. We love this dog who goes with us almost everywhere. On cool evenings, we sit on the porch with friends and family and Ranger sits at our feet, his eyes ever watchful for something to chase.

But he’s not the first thing you will notice at DRR. It is more likely that you will see the horses first. I’ll tell you about them in the next installment.

Larry Alex Taunton is an author, cultural commentator, and freelance columnist contributing to USA TODAY, Fox News, First Things, The Atlantic, CNN, and The American Spectator.  In addition to being a frequent radio and television guest, he is also the author of The Grace  Effect and The Gospel Coalition Arts and Culture Book of the Year, The Faith of Christopher Hitchens. You can subscribe to his blog at larryalextaunton.com.
Categories: The Full Fathom Five Blog
Tags: AnimalsColumnistDogsDuck RiverDuck River RanchFamilyFarmLarry Alex TauntonLarry TauntonLivestockPetsRanchWriter

The Dispatch editor’s principles are the problem David French is typical of a kind of Christian thinking that New York Post opinion editor Sohrab Ahmari calls “French-ism.” In a takedown of The Dispatch writer for Read more…