GUEST COLUMNIST: Though we suffer for Christ, the Lord will comfort – and judge – By Jwan Zhumbes

Exactly fourteen years ago, a visitor common to all humankind stole his way into our home. We sensed his presence but could not fully grasp it. We never welcomed him, but he welcomed himself, and felt very comfortable in our midst. He lived with us for a couple of months. By the time he left, he had robbed us of something so dear that we had no power to replace it.

He took our son.

But who was this visitor? He was and is a visitor that visits many homes, many places, today. He knocks on any door of his choice and goes into any house he desires. No human security, no matter how sophisticated, can stop him. A long, long time ago in the Garden of Eden, he acted alone. But since the day that man walked against the grain of God’s perfect law, he hires and recruits agents to promote his cause. This visitor is Death, and his lord is the Devil, whose expertise is stealing, killing, and destroying humankind, and none so much as the children of God.

This visitor is Death, and his lord is the Devil, whose expertise is stealing, killing, and destroying humankind, and none so much as the children of God.

With the crazed, evil, and ever rising tide of human wickedness, one wonders if the birth of a child into this world is still a cause for joy, or is it the arrival of sorrow postponed? I am deeply troubled by the total devaluation of human life orchestrated by humankind against itself. Human life has been so cheapened that even animals are valued above it. Humankind is ruthlessly and with impunity taken every day. Men, women, and children are daily slaughtered by blades of the knife, the machete, the sword, the scimitar and from the bullets of the barrels of AK-47s. This vicious circle of evil rips through communities around the world undeterred, with no deliberate or concerted steps by the so-called “watch dogs” of the United Nations to stop it. The violence spreads from one nation to another like a plague, with the developed world, safe and comfortable, folding its arms and turning the other way.

Islamic terrorist groups, militia, bandits, kidnappers, ritualists, or hired assassins daily spill human blood freely and openly. Women have had their husbands ripped to pieces by the blade; men have had their wives raped or shot down by bullets; and children have been innocently, mercilessly slaughtered and held captive – all of it done by believers in a wicked god who tells them that they must do it or that his law permits them to indulge their carnal lust for blood and flesh. They have left human society widowed, orphaned, impoverished, and bereft of peace and security – things, dear reader, that you, perhaps, take for granted. 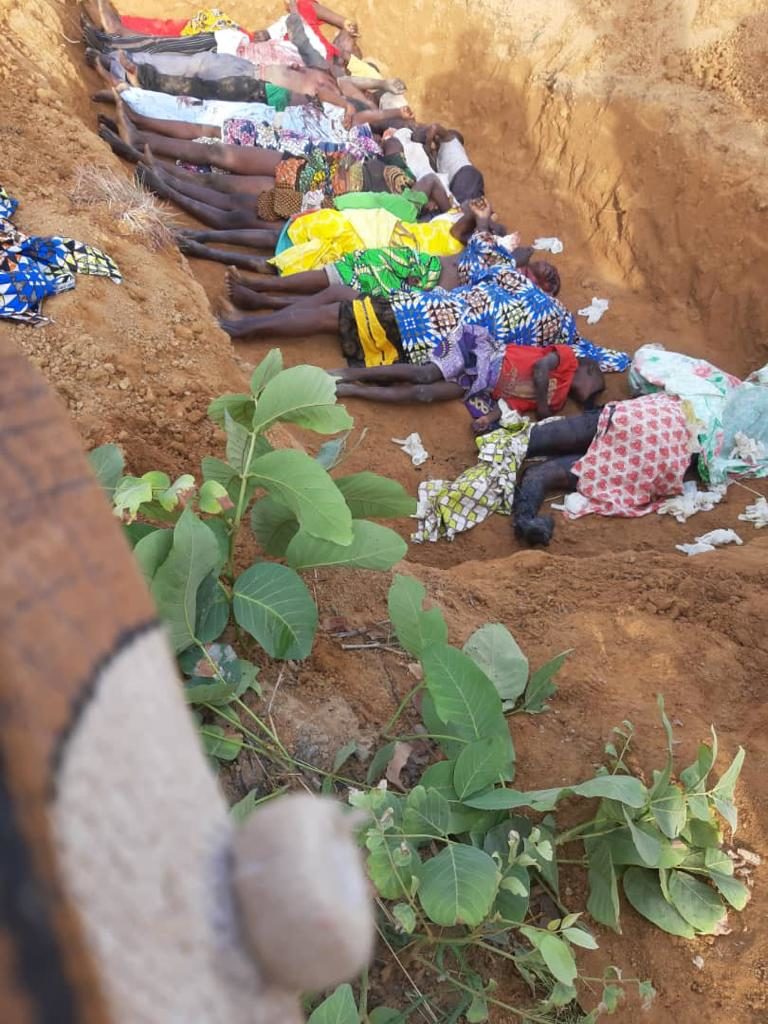 The erosion of the value of human life by humanity itself, is so aggressively pursued, so damning, that man, especially Western man, attaches greater value to animals than to his fellow human beings. Is it no wonder, then, that there are well-crafted, enacted, strictly observed and jealously guarded animal rights laws in the Western world? It is unthinkable, that while humankind sleeps in the open, exposed to every kind of danger and the elements, pets in the West have beds and bedrooms all to themselves. I have seen men tear bread from the mouths of dogs to feed themselves and their families while dogs in the West eat better than millions of people, many of them our brothers and sisters in Christ. And while humankind suffer infection and die from disease because they cannot afford medical care, many in the west in hard currency, and that in the thousands, is spent on animals, particularly dogs and cats. The situation of some people is, I am sad to say, that it is better to be a dog or a cat in the West than a human being in their own context. I share the view of the Orthodox Archbishop of Mosul, Iraq, Nicodemus, who said:

“I don’t believe in these two words: human rights. There are no ‘human rights.’ But in Western countries, there are ‘animal rights.’ In Australia, they take care of frogs. Look upon us as frogs then, and we will accept that – just protect us so we can stay in our land.”

The issue here is man not seeing the humanity in his fellow man, but seeing him as a sacrifice to his false god, a product to be bought and sold for profit, or something to be used to satisfy his lust and then discarded as rubbish. Therefore he steals, kills, or destroys him. At the hands of man I have known many, many in my church and in my diocese, to unexpectedly and suddenly meet with a violent end. When death comes by natural means, that is a much easier thing. One may find comfort and closure in such loss. But when it is through the violent and brutal hand of man, consolation is elusive.

Yet the fact remains that he who lives by the sword shall die by the sword. We have a saying in Nigeria: the thief may enjoy 99 days unrestricted plundering, but it only takes one day for the owner to catch him; there may be many dark nights of wickedness, but one bright day of exposure stamps it out.

Note beloved, that ahead of every soul, be he living or dead, is Judgment Day. And Jesus warns his listeners, saying, “But I tell you friends, do not be afraid of the one who kills only the body and after that can do no more… Fear him who after killing the body, has power to throw you into hell. Yes, I tell you fear him.” (Luke 12: 4-5) And the Psalmist said, “I would rather be a door keeper in the house of the Lord than dwell in the house of the wicked” (Psalm 84: 10b). Who do you fear? What is your chosen place of dwelling? The Lord and his house or the company of the wicked and his house?

Are you grieving right now as a result of violent and wicked men? Then know this:

That wickedness and evil may last a night, but their defeat and your joy come in the morning.

Pains may overwhelm all night long, but relief and gain comes with the breaking of a new day.

Anguish may be brought upon you by evil men and the deceived followers of false gods, but the Lord Jesus Christ visits you with compassion, everlasting peace, and comfort.

Evil may strike you in the evening and sorrow be your companion all night long, but be assured that Jesus will break your darkness with his light and joy evermore. He is coming.

Therefore, it is alright to grieve, but never grieve as unbelievers do, because Jesus, the Righteous Judge, is on his way, and shortly he will be here. When he comes, he will wipe every tear from our eyes. There will be no more death, or mourning or crying or pain, for the old order of things will have passed away. (Revelation 21:4) And he will separate the righteous from the wicked.

On which side will you be?

If you would like to help the persecuted Christians of Nigeria, please email us at contact@larryalextaunton.com. Every penny will go to their relief and you will receive a tax deduction.
Categories: The Full Fathom Five Blog
Tags: children of GodChristChristian persecutionfalse GodGarden of EdenGodIslamJesusJwan ZhumbesLarry Alex TauntonLarry TauntonNigeriaOrthodoxRevelation 21:4United Nations