An Important Announcement from Fixed Point

FROM THE FIXED POINT FOUNDATION BOARD OF DIRECTORS

As a founding member of the Fixed Point Foundation board in 2003, it pleases me to say that the board of Fixed Point has unanimously decided to reinstate Larry Taunton as its executive director.

Before there ever was a FPF, I watched Larry use his unique gifts to defend the Christian faith and minister to people. His passion, sincerity, and relentless drive were inspiring. I watched the vision he had in his head for this extraordinary organization become a reality, and it was a privilege to see how God used it to bless the lives of so many people all over the world for almost 15 years. During that time, Larry accomplished more than most of us thought possible, often at great personal risk and sacrifice.

It is not wholly uncommon for people in high profile work to suffer their own setbacks, and Larry did. But he faced it with courage and dignity and he has done all that we have asked of him and more these last two years. Furthermore, it has become clear to us that God’s call upon his life is unchanged. A skill set like his is needed now more than ever.

As a Christian organization we believe that people are flawed and sinful. But we also believe that redemption is near to our Heavenly Father’s heart, and His work in Larry and Lauri and their children has been a powerful example to us all. We believe that Larry was meant for this work and it is our joy to restore him to it.

We hope you will welcome Larry and Lauri back, that you will pray for them in this challenging work, and that you will give them the assistance they will need as they move Fixed Point Foundation forward.

On behalf of the board,
Sincerely, 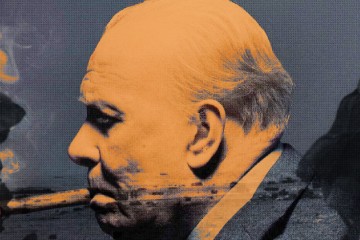 Celebrated Author Paul Reid Tells Us Why Winston Churchill Thought History Was Important—and Why We Must, Too.

There is a scene in the movie Darkest Hour that finds British Prime Minister Winston Churchill wandering the halls of No. 10 Downing Street asking aides, “Where is my Cicero?” It is the spring of Read more… 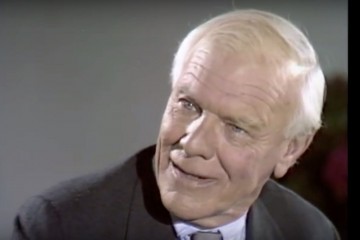 One of my favorite authors is the late British journalist, intellectual, and cultural critic Malcolm Muggeridge. I was reminded of Muggeridge as I followed competing Iranian protest reports on Twitter a few weeks ago. One Read more… 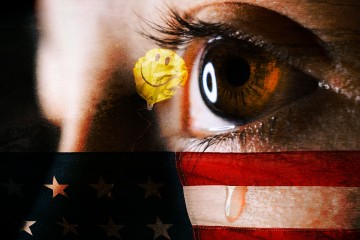 Americans are easily the most economically prosperous people to ever walk the earth. Why do we seem so miserable? Angry? Dissatisfied? Full of grievance? We are living proof that money doesn’t buy happiness, but that Read more…