A Report from Washington, D.C.

Last week, Lauri and I were honored to attend The American Spectator’s annual gala at The Trump International Hotel in Washington D.C. It was a pleasure to be in the company of so many like-minded people and to finally put faces with the names.

In addition to the President of the United States paying a visit to the hotel – and completely shutting down traffic – we heard the frightening research of Dr. Robert Epstein on Google’s nefarious activities (to be discussed in a separate article) and Senator Lindsey Graham addressed the gathered.

Graham, it turns out, has a knack for the humorous one-liner. Here is a sampling of what he had to say:

On running for president against Trump in 2016:

“If you don’t remember me running for President, it’s not your fault. It didn’t last long…. Soon I am going back to Iowa, and this time there will be some people there.”

“If you don’t remember me running for President, it’s not your fault. It didn’t last long…. Soon I am going back to Iowa, and this time there will be some people there.”

On the red carpet at The American Spectator gala at the Trump International Hotel in D.C. Lauri looks lovely. But like one of my favorite TV characters, I have my eyes closed. 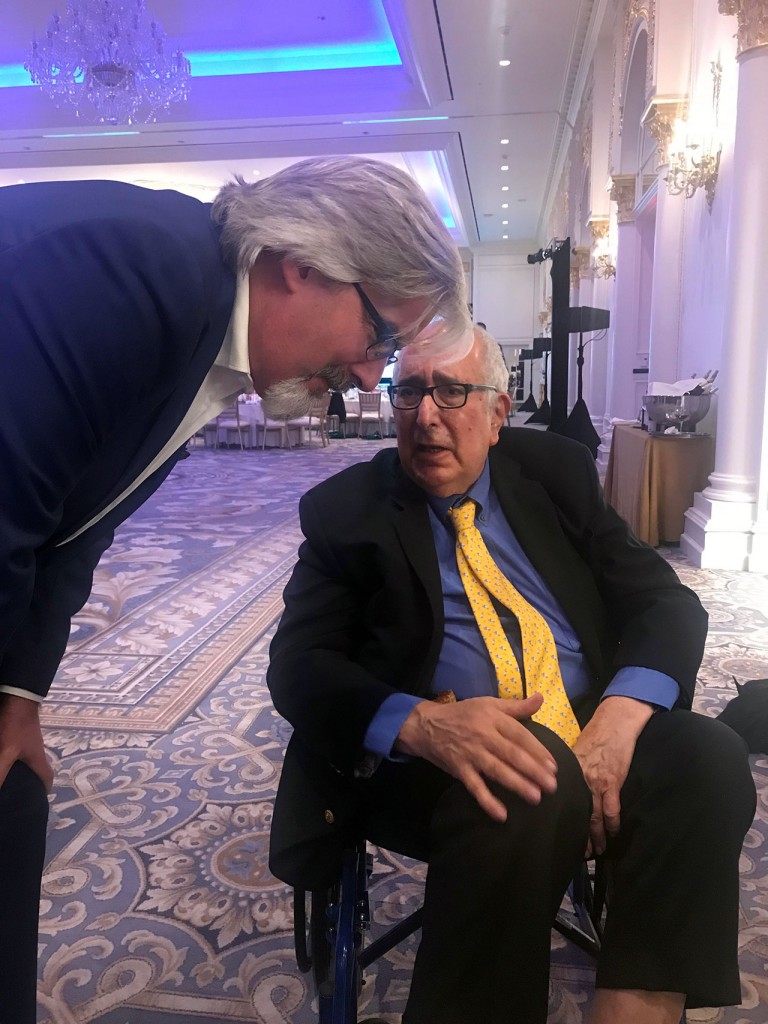 Chatting with the incomparable Ben Stein who is suffering from a bad knee. Stein is a hard core intellectual, witty conversationalist, and gentleman. Even so, I was tempted to ask him to say, “Bueller … Bueller …?” 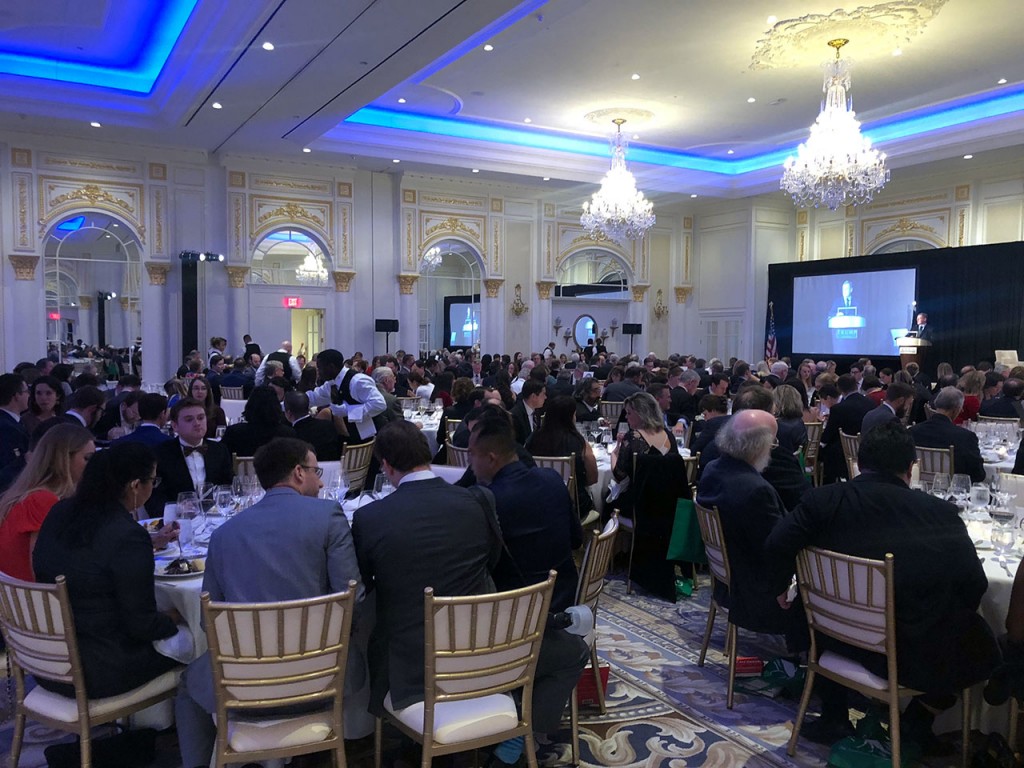 On his relationship with Trump:

“We get along great. I like him and he likes himself, and that’s the basis of a great relationship.”

On the bogus Russia collusion story:

“Why would anyone think Trump colluded with the Russians when he won’t even collude with his own government?”

“He’s Reagan and PT Barnum rolled into one.”

“Every day with this President is like Christmas. One day it’s a sweater under the tree, the next, a shotgun.”

But Senator Graham also had some serious things to say:

On running for president against Trump in 2016:

“You were right, I was wrong.”

“The military is stronger under Trump than I’ve ever seen it, and I have served 33 years in the Air Force.”

On Trump’s manner with some people and politicians:

“He instinctively understands that there are some people you just can’t deal with.”

Lauri and I enjoyed our time in D.C. and are grateful for the opportunity to attend these insightful events.

The Dispatch editor’s principles are the problem David French is typical of a kind of Christian thinking that New York Post opinion editor Sohrab Ahmari calls “French-ism.” In a takedown of The Dispatch writer for Read more…