Seeing America One College Football Stadium at a Time

A couple of years ago, we started an annual tradition: we would travel to one of the sport’s iconic stadiums to see one of the “blue bloods” play in what we hope will be a good game against a team other than Alabama. By blue bloods I mean the top-tier programs where the tradition runs deep: USC, Oklahoma, Notre Dame, Ohio State, Nebraska, and a few others.

Last year we traveled to South Bend, Indiana to see Notre Dame take on Pitt. Being more than a little outgoing, I make a point of meeting people. In a restaurant or at a sports grill, I will see a fan of (in this case) Notre Dame and strike up a conversation. 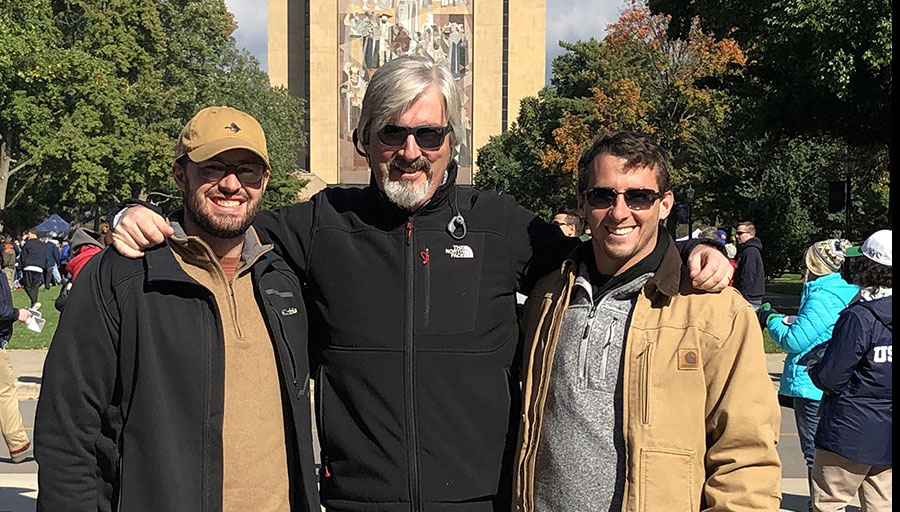 Christopher, Zachary, and me at Notre Dame Stadium in front of “Touchdown Jesus.”

“Do you think you’ll make the playoffs this year?”

He looks thoughtful. “Uh, I don’t know. This team doesn’t seem as good as last year’s team. How do you feel about your chances tomorrow?”

At this point, a howl of agony goes up. “Alabama?! I hate you guys!” It’s the same everywhere, and we find it amusing.

Eventually, however, this settles into good-natured banter. I introduce the boys and he introduces his buddies, and the fun begins.

The Ohio State Drum Corps gives us a quick demonstration

Rivalries aside, college football fans are generally great Americans. They are typically conservative, patriotic, and ready to share what they have with outsiders.

The national anthem and flyover at Notre Dame Stadium. How can any college football fan not love this?

For our overseas readers, if you want to see what salt of the earth Americans are like, go to a college football game. Sure, some fans take it too far and that is what makes the headlines, but instances of meanness are rare. America isn’t Europe. We haven’t yet degenerated to the point of hooliganism at our sporting events the way one sees it on that continent at soccer games. 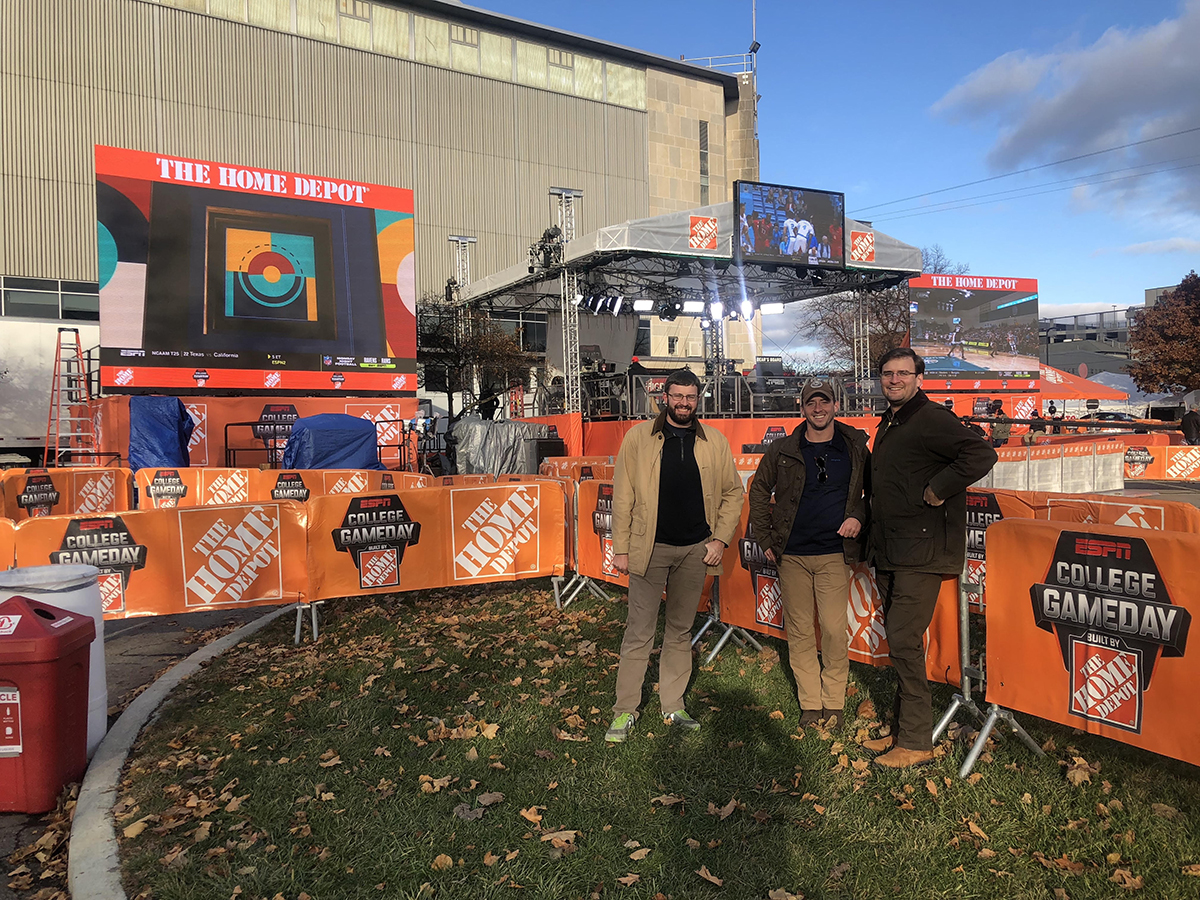 Christopher, Zachary, and Michael in front of the GameDay set as the crew sets up

Last weekend, we road-tripped to Columbus, Ohio to see The (they make a big deal out of that “The”) Ohio State Buckeyes play the Penn State Nittany Lions. Where our weekend in South Bend was characterized by gorgeous autumn weather, a cold, miserable rain pelted us at The Horseshoe. But it was fun! 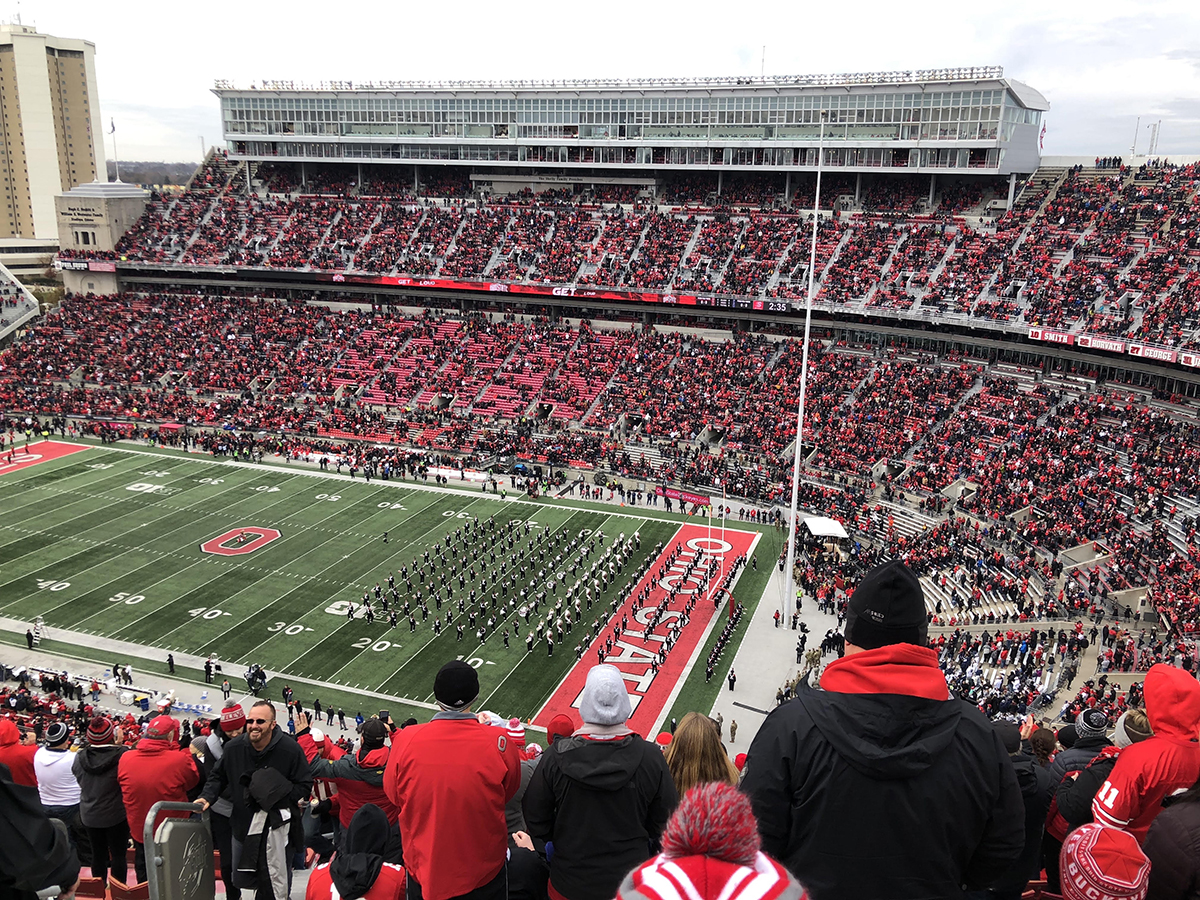 But Ohio State fans adopted us and invited us to an enormous tailgate. We spent the morning before the noon ET kickoff stuffing our faces and arguing about our respective teams while some fans hit the sauce a bit early! We met some Penn State fans – also great people – and they joined the fun! 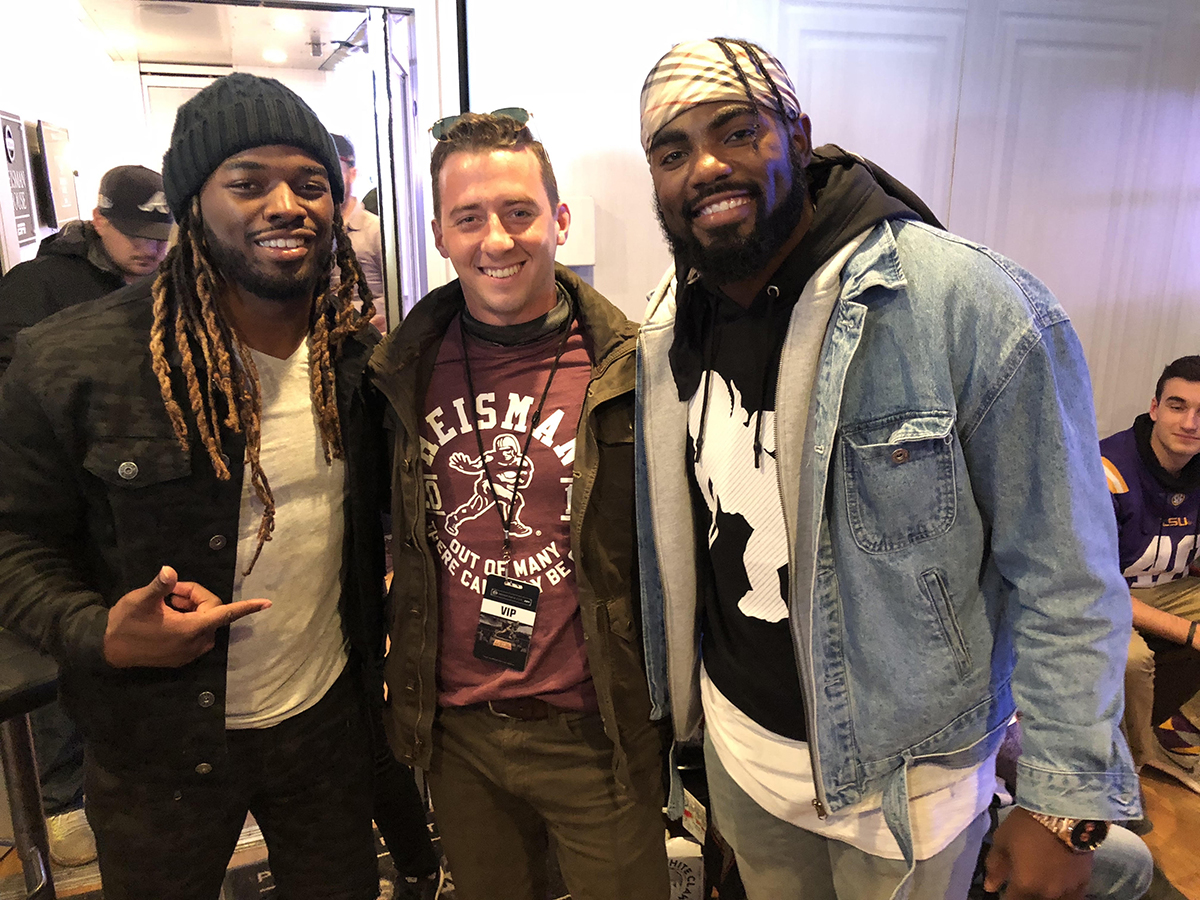 A couple of weeks ago we were guests at the Nissan Heisman House in Tuscaloosa. The football fans among you will be familiar with this series of commercials that have been running for more than a decade. There we met Bama greats from the past. We are grateful to the fine people of Nissan for their hospitality. It was a lot of fun. 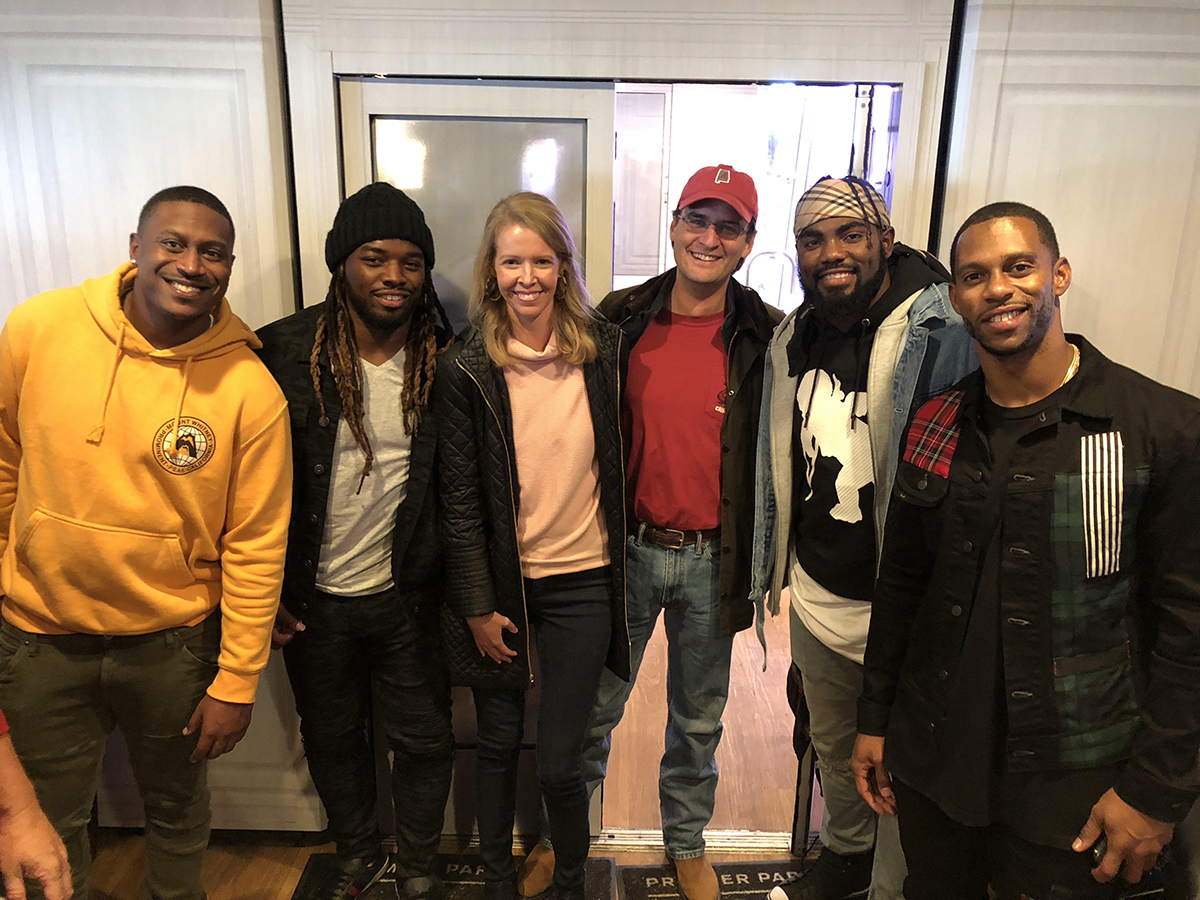 Even if you don’t like football, this is a wonderful way to see the country and engage with small town America and the people who make this country great.