And the Blood Cries Out: A Series on Socialism and Its Victims (Part 3) Escape from Venezuela

Rio sat across from me in the McDonald’s booth. A skinny twenty-two-year-old, he looked fifteen but ate like he had a hollow leg. He had agreed to meet me here in the busy outskirts of Cartagena, Colombia, to tell his story, and I had agreed to feed him.

Rio bit into his Big Mac and took a deep drag on the straw in his Coca-Cola. It was like watching a man savoring a fine wine carefully chosen to bring out the delicate accents of his caviar. I said nothing, letting him enjoy the moment. Eventually he came up for air, clasped his hands in his lap, and looked at me expectantly.

He smiled, patted his stomach with one hand and waved with the other. “No mas.”

“Some. But my English is of the ‘hood.’” He grimaced, looking disappointed with himself. “It’s what I picked up from the Puerto Ricans.”

“Why did you leave?” 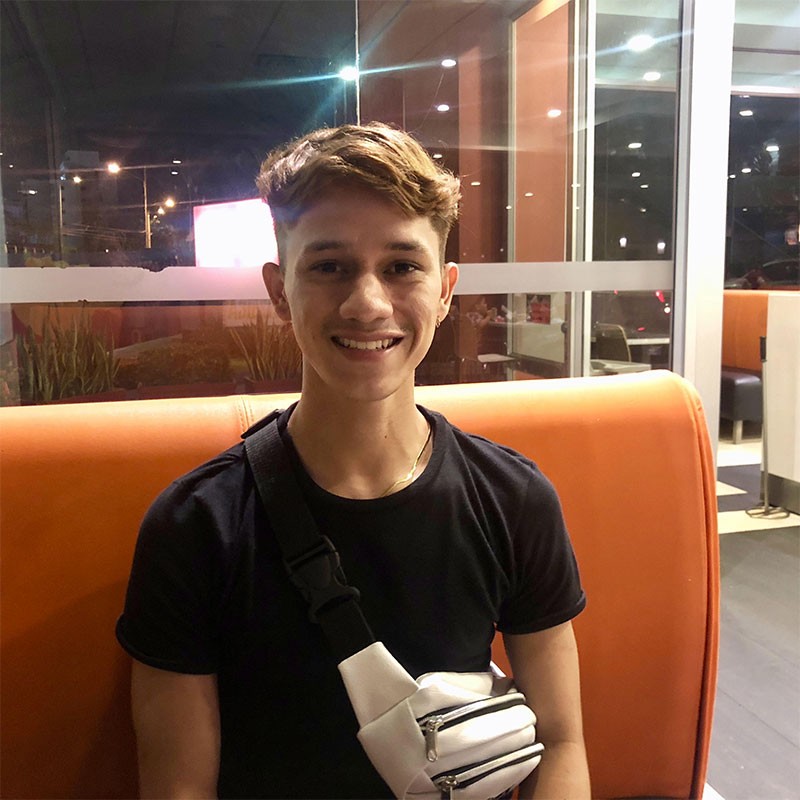 Venezuelan refugee, Rio, in a McDonald’s in Cartagena, Colombia

An exasperated sigh and a look of pain distorted his handsome youthful features. This, he explained, was no simple question. The problems of Venezuela are systemic, touching every aspect of society. For him it meant no higher education, no employment, often no food, and no future.

The journey he described was the stuff of Odysseus. As a boy of sixteen, he researched the trochas, the problems those crossing them faced, and where he would go if he made it through to Colombia.

Setting out for the border by bus from Maracaibo in northwest Venezuela, he carried with him all that he had saved for the journey ($150) and a few personal items. At La Guajira he disembarked and continued his expedition on foot, not knowing what awaited him.

La Guajira, the peninsula shared by Venezuela and Colombia that juts out into the Caribbean, is, in fact, controlled by neither government. It is instead dominated by the Wayuu, an indigenous tribe consisting of 23 clans. The Wayuu, famous for having never been conquered, maintain a kind of informal administration of some 4,200 square miles of this desert.

Spread across this vast no man’s land are roughly 200 trochas (i.e., illegal trails) joining the two countries. Since Venezuelan socialist dictator Nicolás Maduro closed the border, more than 3 million Venezuelans have fled their homes in search of food, work, and hope. Most of those refugees have flooded into Colombia. Rio intended to add to that number.

Attempting to traverse the territory by stealth, he was making his way warily across the desert when a rope, till then concealed in the sand, sprang taut, barring his path. Militiamen armed with AK-47s approached him from both sides. They shoved him, slapped and punched him, and shouted their demands for money.

They emptied his pockets of valuables, seized his duffle bag, and, in exchange for his $150, marched him to an old Pontiac Grand Prix where he was instructed to join other Venezuelan refugees who filled the car.

“There were twelve of us in that car. One Wayuu drove as another sat on the hood, feet on the bumper, with a wad of cash in his hand.”

The car stopped at various checkpoints manned by other Wayuu militia from other clans. The man on the hood would pay them, and they would continue their westward trek until Rio and his fellow Venezuelans were dumped in Colombian territory.

At Maicao they found a UN refugee station swelling with Venezuelans. From there he went to Cartagena to join his mother who had emigrated to Colombia before the border was closed. With no hope of a job or a university education, he considered his options. Should he try for the U.S. border or go elsewhere? A cousin in Peru told him he could stay with her and find a job in that country.

With $100 from his mother, he boarded what he called a “pirate bus” and headed for Peru. As he describes it, these are buses that illegally transport illegal aliens cross-country or cross-continent. Driven by a legal citizen of the South American country in question, they are controlled by the mafia. Yes, illegal immigrants are exploited at every turn.

Peru was, for the Venezuelans being smuggled there, a kind of promised land. Rumors spread fast among the community of illegals; rumors of food, work, and possibilities, and rumor had it that jobs were available in Peru. The country would, they were told, welcome them. The bus bounced along over the rough roads of western Colombia and through the dangerous switchbacks of the Ecuadorian Andes until it reached the Peruvian border. There, hope turned to despair as they were turned back by border guards.

The bus began the long journey back to Colombia. High in the Andes, a rockslide, common to this part of the world, halted their journey. For two days they waited for help. With a narrow cliffside road and other cars and buses behind them, there was no turning around.

“At this point, I had five dollars left and a bottle of water,” Rio said. “I felt so alone. Real loneliness is that desolate feeling you have no one to turn to in your distress. No one. No one can help you. I never want to feel like that again.”

He sipped his Coke thoughtfully, buying himself a moment to gather his thoughts.

“Then, things got much worse. The indigenous people living in the Andes came down from the mountains and started burning everything.”

Rio was referring to protests against the Ecuadorian government raising taxes on fuel. Already burdened with high taxes, the people expressed their anger in strikes and often violent riots.

“They started burning the buses behind us, people were running everywhere. Venezuelans are known to be volatile, and now our whole bus was shouting at the poor Colombian driver to get us out of there. People called him a coward and accused him of setting us up. But there was nowhere for him to go.”

Suddenly, a big diesel loader rumbled by and began moving the rock and earth wall barring their path forward. The pirate bus was saved, and the odyssey through the treacherous Andes proceeded cautiously. Sixteen-year-old Rio, out of food, saved what little money he had for water. Back in Cartagena, he moved in with his mother, but she had no ability to support him.

“I managed to get a job as a chef’s assistant in a good restaurant,” he said ruefully. “Things were looking up for me. I was saving money, and I had plans to start university.”

A look of ruin momentarily aged him.

“Then the lockdowns came, and everything was shut down. I lost my job, and now [a year later] that things are opening a bit, it is too late to save my restaurant. It went out of business along with a lot of others. Jobs are scarce. There is no work.”

“Did you ever consider trying to make it through the Darién Gap?” I asked. “I know many refugees have tried.” I was referring to the dense jungle that sits like a cork on top of South America, serving as an impenetrable border between Colombia and Panama. There are no roads through the Gap. It is considered the most dangerous jungle in the world, and for good reason. It is a kind of ecological Hotel California, with people checking-in but not checking-out.

His eyes grew wide with skepticism. “People who go in there to get to America are crazy. No, I won’t leave the country again unless I can do it legally. Without papers, you have to travel by land and cross borders illegally. I never want to do that again. It’s fly or nothing.”

We left the bustling McDonald’s and stood for a moment in the sultry Colombian night considering each other, filling the silence with the inane chitchat that is common to people taking their leave from one another. I watched as he walked into the darkness and an equally obscure future. Today Rio, like so many refugees, lives by his wits.

What will become of him and others like him?

Too often the national discussion of our immigration problem focuses on stemming the flow of immigrants at the border. We need, it is said, a wall, more border agents, and a clearer message to would-be immigrants on America’s position concerning them. All of this is true. But it is only one side—literally, one side of the border—of the issue. These people are not to be blamed. Every able-bodied American I know who loves his family and freedom would do what these desperate people are doing.

It is, in part, my purpose here to alert my readers to the nature of the problem south of our border: socialism. Exacerbating the issue are irrational lockdowns, which have devastated whole swaths of third world economies and populations, making an already desperate situation immeasurably worse. Outrageously, PBS and other media outlets have claimed that global warming is the cause of the immigration problem. The truth is a great deal more inconvenient as it does not fit the Left’s narrative: socialism is utopia and lockdowns are healthy. Not so. These policies in Bolivia, Brazil, Cuba, Ecuador, El Salvador, Guyana, Nicaragua, Peru, Suriname, Uruguay, and Venezuela have driven millions of people north like a brushfire drives a herd of cattle.

America was created by similarly desperate people seeking religious, political, and economic freedom. So it is with the refugees fleeing the religious, political, and economic devastation wrought by the very sort of governments Democrats want to install in the United States. The sheer folly of such policy is hard to fathom, but we must oppose it vigorously—

North of the border and south of it.