A generation ago, Bonnie Tyler famously asked: “Where have all the good men gone?”

And that was, as I say, a generation ago. Whatever Ms. Tyler’s concerns then, the situation is infinitely worse now. 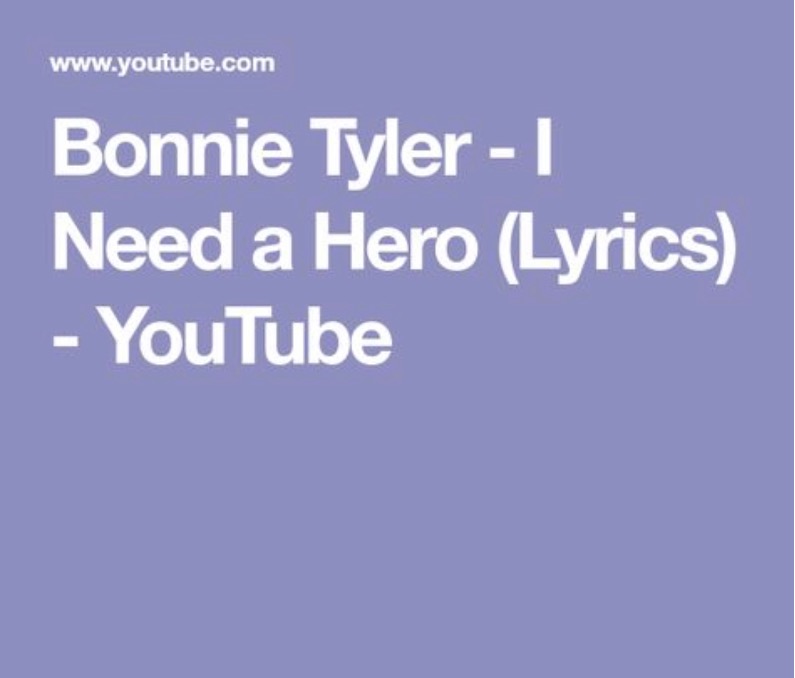 In this recent post on social media I was addressing this very real problem: 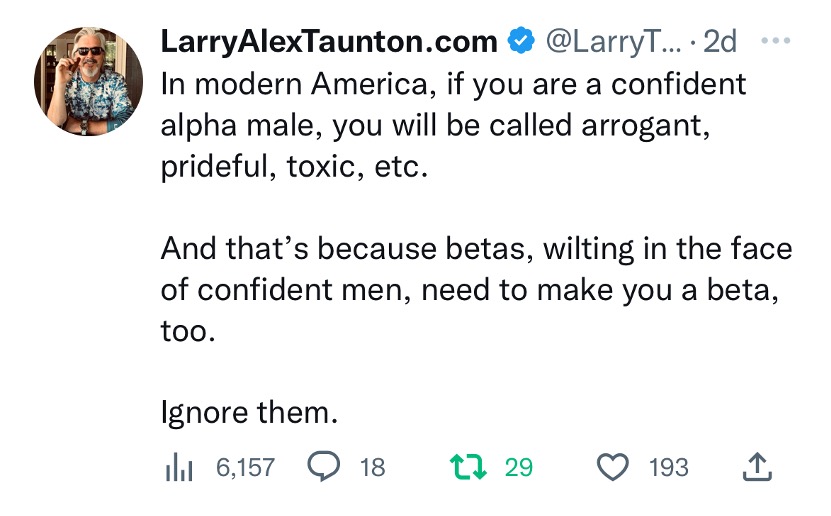 It was with much deliberation that I used the word “alpha,” and, predictably, it got a reaction. It’s not only the biological realities of manhood and womanhood that are under attack from perverse social engineers, but the very words to describe them have been hijacked. In so doing, the Left have loaded the dice.

For as long as I can remember, “Alpha male” simply meant what Tina Turner once called “a typical male.” A man’s man. But in the Left’s deliberate twisting of meanings, a typical male is now “toxic.” He’s an insensitive, brutish, caricature of a man who needs to be deprogrammed. He needs to be feminized.

Perhaps it sounds a little Freudian, but in my experience the truly “toxic” men are often wounded. Having been victims of abuse or bullying at home or elsewhere, they fantasized as children about being powerful and respected like a superhero. 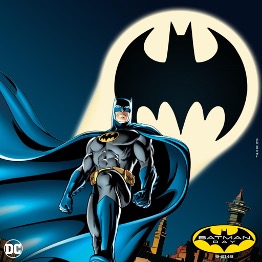 As they grew, lacking fathers to model healthy manhood, they modeled themselves after pop culture icons they perceived to be strong and sexually desirable: a rapper, an athlete, a Stallone or Statham movie character, or, worst of all, glamorized villains. In South America, for example, I frequently encounter young men who admire the mass murderers Ché Guevara and Pablo Escobar. 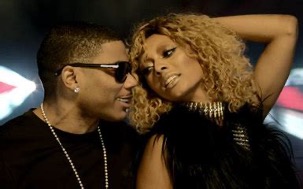 Unlike the Left’s telling of it, this isn’t typically occurring in white communities. It is much more prevalent in black and immigrant communities where fatherlessness is common. This is especially true in Europe with so many immigrants coming from Islamic countries. These populations are vulnerable to “toxic” interpretations of manhood. 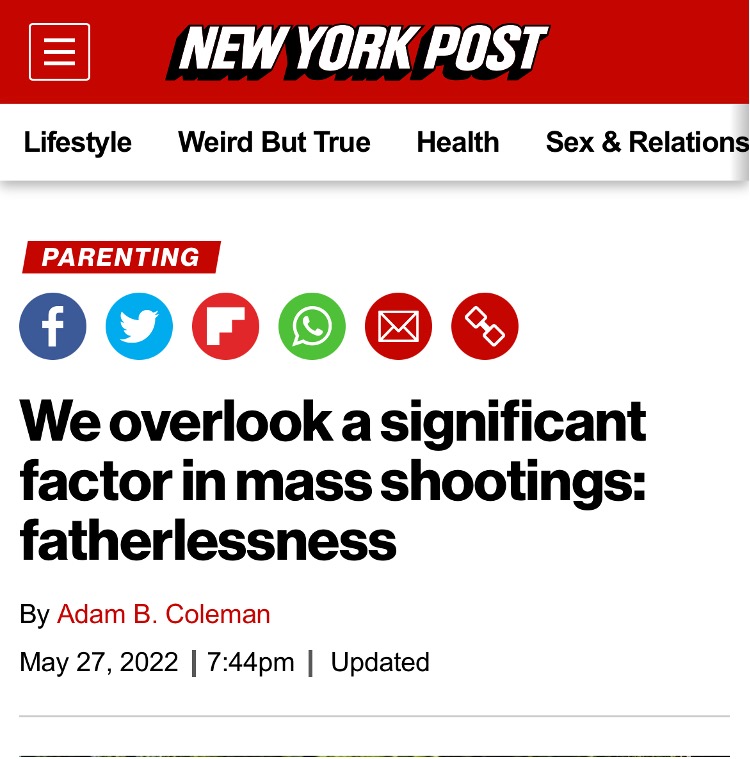 This is Islam’s great appeal to boys: it appears manly in the face of milquetoast Christianity, emasculated as it is of its doctrines and too often led by beta types for whom they feel nothing but contempt. Many of us can sympathize with the sentiment. (David Murrow’s excellent book Why Men Hate Going to Church offers a Christian perspective into this ongoing problem.)

Islam is a man-made religion invented by men for men insofar as it appeals to every carnal male appetite. Violence against Allah’s enemies—anyone who isn’t a Muslim—is encouraged. Polygamy is the norm. Rape is permissible provided the woman is not a Muslim. And men who die for the cause? Well, they are rewarded with seventy virgins in the hereafter!

But you won’t hear the Left say it. Where was “Me Too” when, at last count, 19,000 British white girls were systematically raped by Muslim men? Muslim sex gangs have operated with impunity in Britain, raping girls on “an industrial scale.” (I wrote about this at length in my latest book.) 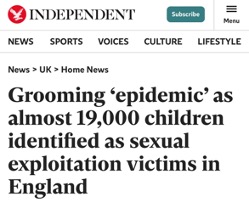 But toxic masculinity also finds expression in the Rachel Levines and Sam Brintons. Biden appointees, they are men who dress as women and claim to be women. 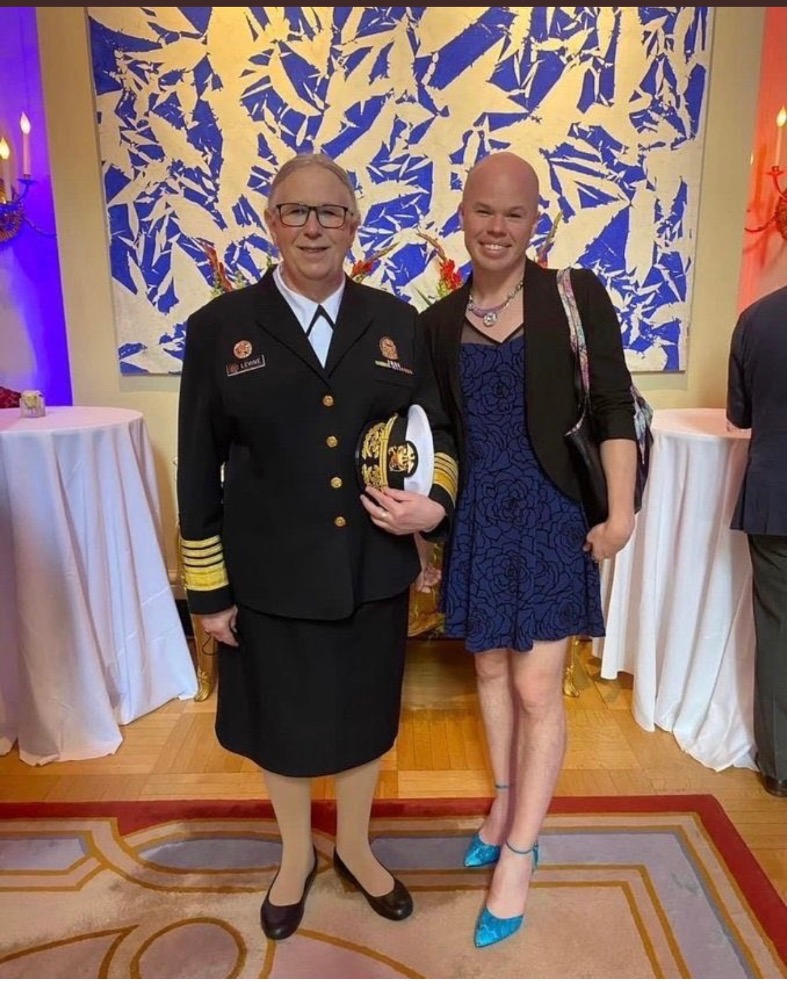 Rachel Levine and Sam Brinton. Both are males.

Yes, the gay/trans mob is another form of masculinity gone wrong. If Islam is full of hyper-masculine types who view women as objects to be used and discarded—and it is—the gay/trans crowd have gone to the opposite extreme, rejecting God-ordained, biologically defined, unalterable sex in favor of a Frankensteinian creation.

Many years ago, I recall Dr. James Dobson interviewing a counselor (I do not recall his name) who specialized in counseling homosexual men. He said that in his twenty years in the profession, he had yet to meet a homosexual man who had a healthy relationship with his father. Not one. The fathers were, he said, altogether absent from the home; abusive; or they were weak, henpecked sorts. Also noteworthy, his counselees frequently had domineering mothers.

So, then, what is an alpha male?

You can see below that some responded to my social media post with predictable hostility. Having been thoroughly conditioned to react to the words ‘alpha male’—have you noticed how the Left have many trigger words?—they simply attack.

Are they triggered by the aforementioned truly toxic men who flourish throughout the West like a protected species? Not at all. They feel most provoked by what is essentially a TV stereotype. And that isn’t alpha anyway.

Conducting my own informal poll of men and women, black and white—just random, normal people—I asked this question: “What does ‘alpha male’ mean to you?”

Well, they didn’t think you could acquire it from a bottle. 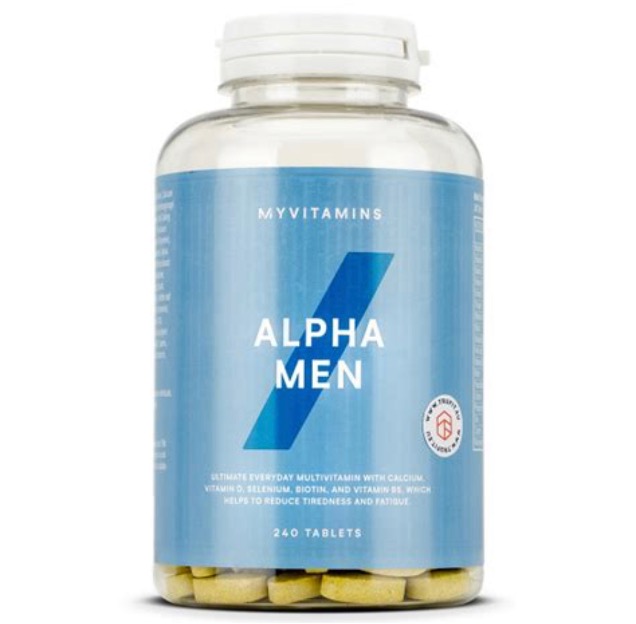 It’s not a superhero or a musclebound brute. 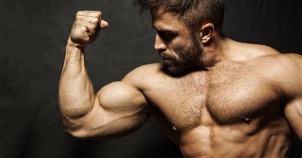 Their answers defined an alpha male as a regular guy! I heard two words repeatedly: confidence and responsibility.

He’s confident and comfortable with his own masculinity. He assumes responsibility for those in his care and he takes responsibility for his own actions. He will “man up” when the circumstances require it. He may or may not like to hunt or grill out. He may or may not like sports or Chuck Norris movies. He’s not so much defined by the trappings of manhood, but by a settled, unmistakably manly disposition.

I like this definition. Problem is, such men are increasingly hard to find.

I engage a lot of young men in my work. What were once easy and even fun interactions, are these days a veritable minefield. Speaking directly to many (not all) Millennials and Gen Z males is interpreted as a kind of assault upon their persons. They simply aren’t used to it. 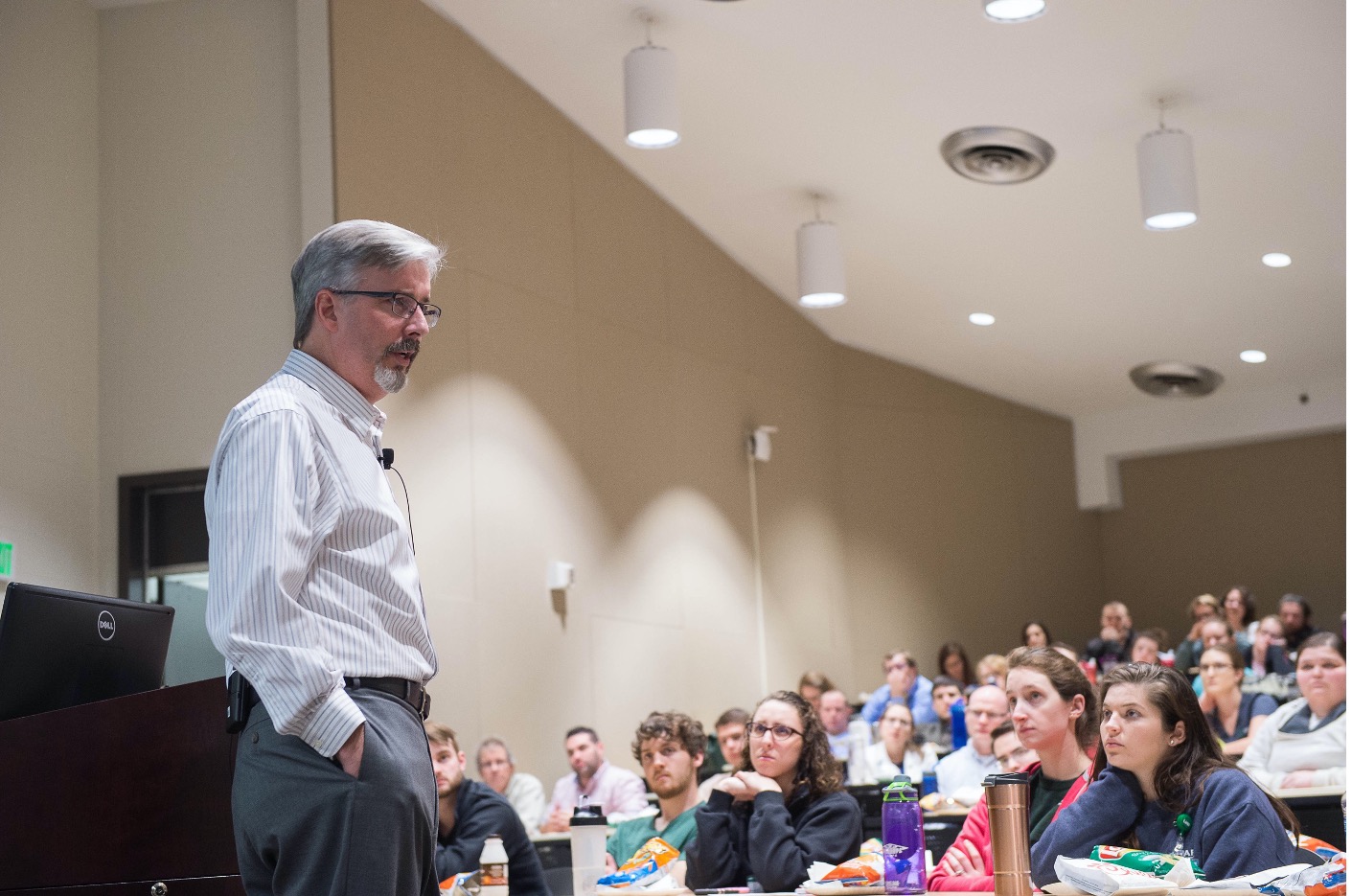 One of my many lectures at UAB School of Medicine. These students are quite thoughtful.

Where a university lecture was once followed by a lively Q & A, today students react emotionally. It’s no longer an exchange of ideas. It’s a venting session. They accept or reject a given proposition based on their feelings about it, not the truth of it. If the truth offends, it cannot be truth—or so they think.

And their professors are scarcely better. In one lecture, a professor (of pastoral ministry, no less) started shouting at me about what he claimed was a major problem in modern America: mob lynching. Taking his claim seriously, I asked him to cite instances of this allegedly widespread hate crime. He just got angrier. I was deemed wrong not on the basis of fact and logical argument, but because his feelings on the subject were to be regarded as a kind of absolute truth. This is the modern university where students aren’t educated, they are indoctrinated. 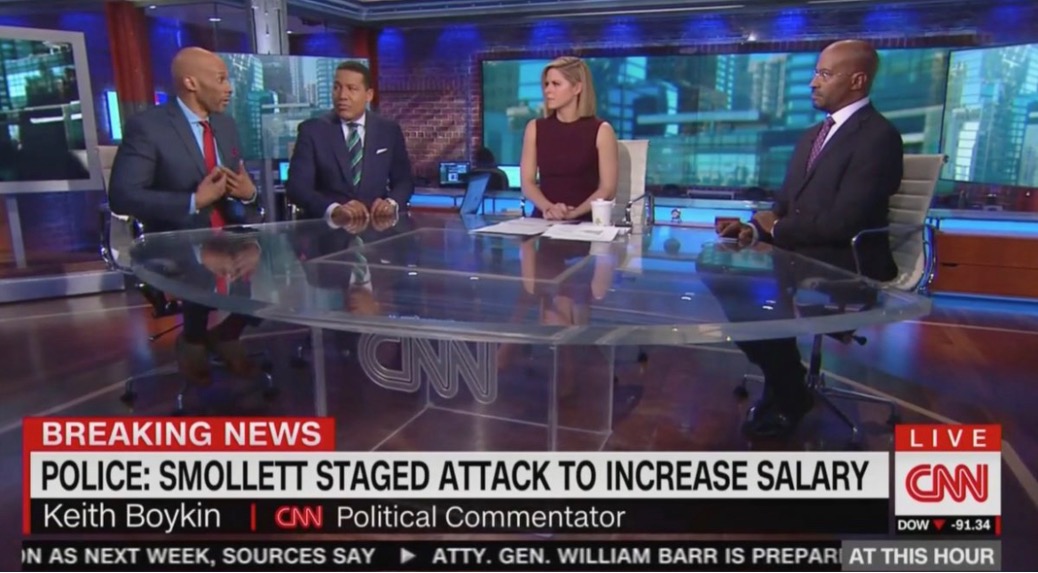 Millennials and Gen Zers are not entirely to blame for this cultural predicament, and, I want to emphasize, this does not characterize the whole of these generations. Far from it. There are many thoughtful, strong, courageous young men. But too many others had professors like this one, bad parents, and a culture that has slipped its moorings from rationality. All have served to conspire against them. The absence of alpha males (as we have defined them) has had disastrous consequences for America, and it does not bode well for the future. 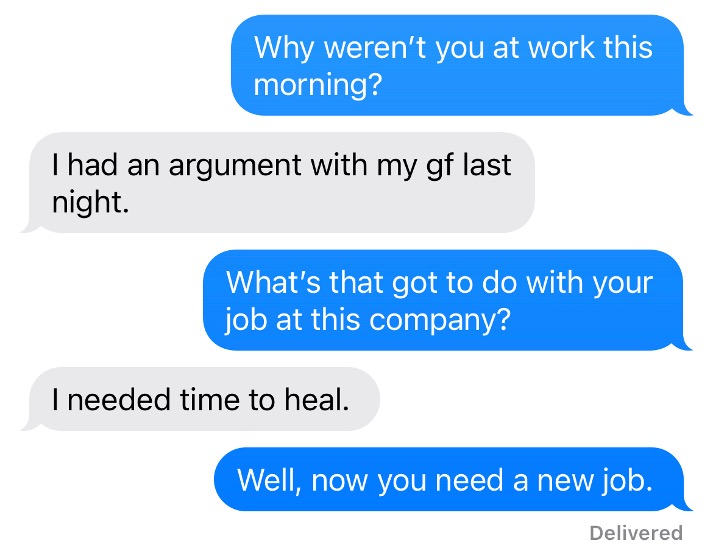 Gen Z, meet your boss, Gen X. For the first time in decades, US productivity is in decline. That may in part be attributed to a declining work ethic.

So, be careful what you label “toxic” masculinity. It just might be plain old masculinity and you, having little idea what healthy masculinity looks like, think that a guy who posts pictures from his hunting trip (or similar) presents some kind of societal danger. You’re the problem, not them. When your idea of a man comes from watching Big Bang Theory, you’re likely to be jarred by the reality of real men. So, chill. To misquote Obi-Wan Kenobi: “These aren’t the toxic males you’re looking for.”

The Left, through an unrelenting campaign, have managed to change the perception of masculinity and its acceptable forms of expression. But they haven’t changed the reality of it. That is fixed in time and space for all eternity. Social engineers don’t get to define masculinity. That is Divinely and biologically determined.

A final thought: Lest I be accused of holding myself up as a model, let me be clear: we need a fixed point in all things, and, as with everything else, our fixed point in defining masculinity is found in the Person of Jesus Christ. I don’t mean the weak, emaciated, feminized Jesus one too often finds being presented in churches and songs sung there like, “Falling in Love with Jesus.” Sheesh. No, I mean the Jesus you find in the Bible. That Jesus was a man.

Man is, I suppose, an elusive word. But the sensible know well enough what it means, and they know it when they see it.

There is no attempt to define his meaning. It is simply understood. 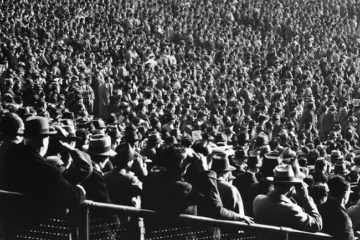 The Top Ten Evilest People of All Time: a List

Have you ever wondered who the evilest people to ever walk this earth are? Adolf Hitler always seems to be the go-to reference in such conversations. It is a difficult thing to quantify. Do we Read more…