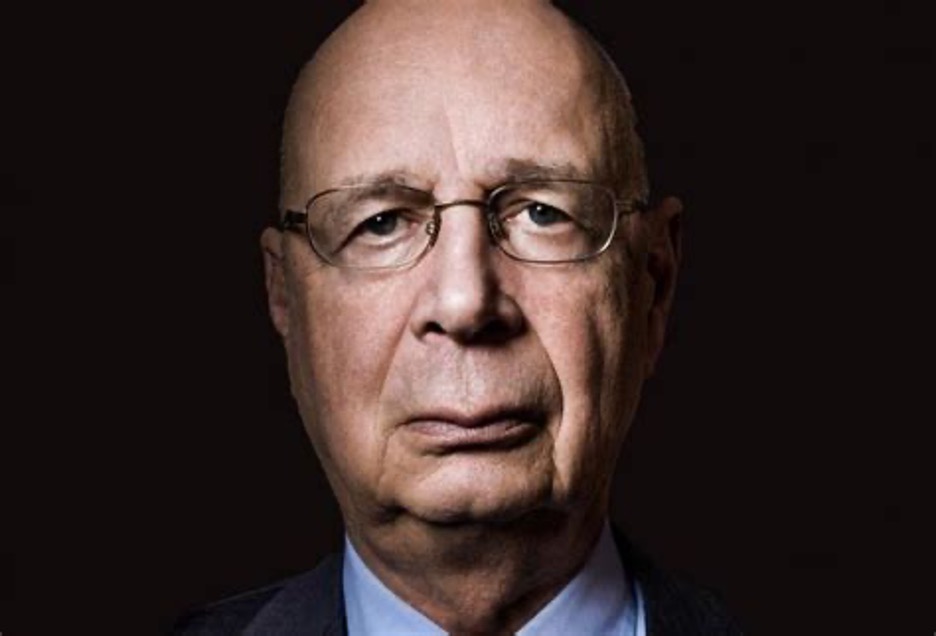 Klaus Schwab, founder and sole chairman of the World Economic Forum (WEF) since its inception in 1971, is the original international man of mystery.

As I noted in Part 1 of this series, research for this project has been the rabbit hole of all rabbit holes, and that is largely due to the fact that there is almost no meaningful reliable biographical information available on Schwab himself. One can find facts—“He was born in Ravensburg, Germany in 1938 …”—but almost nothing about the man behind the facts.

In his well-written, interesting, and decidedly Leftist book Davos Man: How Billionaires Devoured the World, New York Times journalist Peter S. Goodman, who has attended the WEF’s annual conference at Davos, Switzerland for the better part of a decade, offers an insider’s perspective on the doings of the rich and famous at that exclusive event. And yet, in a book that is meant to be an exposé on Schwab and his Forum, Goodman tells us little about Schwab beyond anecdotes:

Schwab has frequently told his colleagues that he anticipates receiving a Nobel Peace Prize…. Like the people he gathers annually in the Alps, Schwab is an exemplar of the force of pious words as prophylactic against the consequences of unsavory deeds.

And criticisms are mostly petty in nature:

When a Forum employee who was late for a meeting once pulled into Schwab’s spot in the parking lot, aware that the boss was overseas, he caught wind of it, and insisted that she be fired …

It’s not that these stories are meaningless. Goodman’s central criticism is one of elitism and hypocrisy, and these illustrate his thesis. But as far as exposé material goes, it’s pretty thin. Indeed, when it comes to biography, Schwab is like a cardboard cutout: the outline of a man is there, but an enormous hole remains. 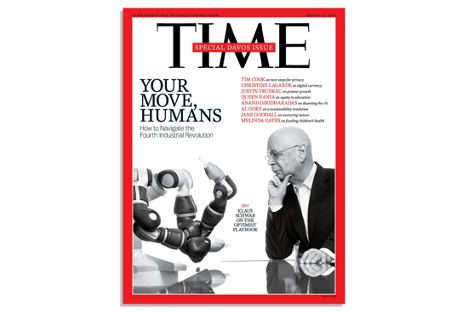 Even so, all of this tells us something important about Schwab: his biography appears to be carefully guarded by an army of monitors.

Consider the WEF’s “About Klaus Schwab” webpage. It merely lists degrees, honors, books, and so on. Wikipedia, which loves to indulge rumor and speculation of every kind, is rather mum on Schwab. His entry is roughly 1,400 words, which is about the same word-count for Gabrielle Carteris, the current president of the Screen Actors Guild. George Floyd more than doubles Schwab at 3,100 words while the fictional Mr. Bean gets 6,400.

Wikipedia is a reflection of public interest rather than public importance. In that sense, it’s more like Yelp than Encyclopedia Britannica. Still, for a man who regularly meets with heads of state and expects to be treated like one, this is more than a little curious.

Schwab, it seems, has managed to do what almost every drunk spring breaker has tried to do but couldn’t: scrub something negative about themselves from the internet. Perhaps rubbing elbows with executives in Big Tech has its advantages. Most of what Google prioritizes in search results on the octogenarian is glowing.

You may think I’m just being cynical. But you must remember who we are talking about here. It’s simply unrealistic that a man with Schwab’s oversized ambitions—enact a radical environmental agenda the chief aim of which is reducing the human population globally (to be discussed in later installments); substitute the beef on your menu with bugs; and move the world toward a transhumanist future—doesn’t have a few billion enemies. But those people aren’t being given the mic. 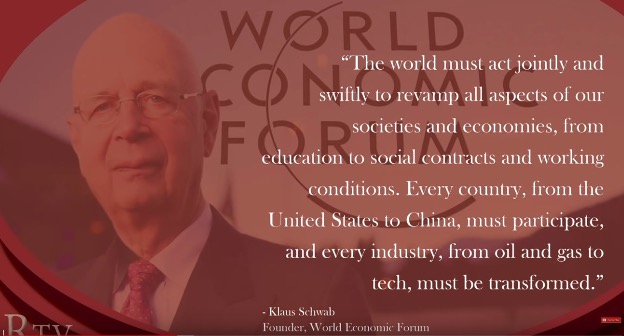 If nature abhors a vacuum, human nature delights in filling it. The absence of biographical information about Schwab has given rise to a vast array of conspiracy theories concerning him, his family, and his objectives. In those corners of the internet, Schwab is alternately an anti-Semite and a Nazi, a puppet of some cultic illuminati, or is himself transhuman.

That conspiracy theories about Schwab abound has not gone unnoticed. USA Today, Newsweek, Reuters, and many others all ran predictable “fact check” stories on the more outlandish of these claims. BBC seized upon these conspiracies as an opportunity to publish this bizarre defense of Schwab and his “Great Reset.” In their telling of it, it’s all a rather benign attempt to create a better world. Nothing to see here, people. Having my own experience with BBC’s dishonesty, I confess I’m envious of Schwab’s ability to get one of the largest news agencies in the world to serve as his de facto apologists. Must be nice. Most of us have to defend ourselves.

But BBC was attacking a straw man and, as the article makes clear, they were attempting to characterize all opposition to the globalist agenda as part of the MAGA (tinfoil) hat crowd:

Believers spin dark tales about an authoritarian socialist world government run by powerful capitalists and politicians—a secret cabal that is broadcasting its plan around the world…. In the hands of a diverse group of online activists, the Great Reset has been transformed from a call to encourage people to think about a sustainable future, to a sinister plot against humanity.

How editors let this pass with a straight face is beyond me. Either BBC has never read Schwab, listened to Schwab, or they are in on the plot against humanity. Consider this Schwab-ism:

To achieve a better outcome [in the post-pandemic era], the world must act jointly and swiftly to revamp all aspects of our societies and economies, from education to social contracts and working conditions. Every country, from the United States to China, must participate, and every industry, from oil and gas to tech, must be transformed. In short, we need a “Great Reset” of capitalism.

If your neighbor said this, you’d write him off as a nut. But according to The Hill, the Biden administration has expressed “devotion” to Schwab’s plan. This is about more than putting paper and plastic in the right waste bins. It’s nothing less than a total global overhaul. One pictures uber Bond villain Ernst Stavro Blofeld sitting at the head of a long table and petting a cat as he unveils his plot for world domination to the members SPECTRE.

A few mornings ago, I was listening to sports radio as I shaved. At the commercial break a promo for a Marvel podcast broke through my consciousness:

“The people don’t know what they want. They have to be told what is good for them. And I, Dr. Doom, am the only one who can provide it!”

It is, of course, meant to be the stuff of a comic book. If only it were confined to that universe. Sadly, it now occupies our own.

In an academic paper that will make an appearance later in this series and that inspires the goals of the WEF, we find apocalyptic warnings of every type, global overpopulation most of all. The writers say that in the future it will be necessary for leaders to make “appalling” decisions.

Klaus Schwab is sure that he and the elitist members of his World Economic Forum are the people for that job.

In Part 3, we will set aside conspiracy theories and focus on the known, the factual. I mean, does one really need to know that Hitler was the son of a civil servant and a fan of Wagner to understand the Holocaust? Mein Kampf was right there for all to read.